Krill oil has some very exciting science backing up its potential benefits. Most of that science, however, was conducted before consumer demand for krill oil supplements skyrocketed.

Back in those days, krill oil was extracted and produced in small batches. It went from ocean to test subject very quickly, and so was able to maintain the potency of all nutrients at very high levels.

The problem is how much time passes in between and how much of the chemicals are left in the krill? Once it’s extracted, most krill oil can sit for months on end in drums like these. Unfortunately, the phospholipids – and especially the astaxanthin – in krill oil are susceptible to oxidation.

Which means that every day krill oil sits in drums like these, it loses potency.

It may have the same amounts of EPA and DHA as before, but the oxidated phospholipids are simply not as strong. And it’s the phospholipid content of krill oil that scientists believe is responsible for the way krill oil outperforms fish oil in head to head tests.

The bottom line is this: The less time your krill oil spends going from boat to bottle to you, the more potent and less oxidized it will be.

Captains Krill Oil is still manufactured in small batches, just like in the early days of the industry. Today, however, we go one step better with a new on-board mechanical extraction method that introduces NO chemical solvents to the krill oil.

No hexane, no chemicals at all & no “supercritical solvents.”

The krill oil is extracted, encapsulated, and bottled in small batches with lightning speed. It’s then shipped directly to a few select retailers – you could literally get krill oil delivered to you that was in the ocean a few short weeks ago. We know of no other brand, online or off, that can make this claim.

And as you’ve seen, the fresher your krill oil is, the more potent it will be! 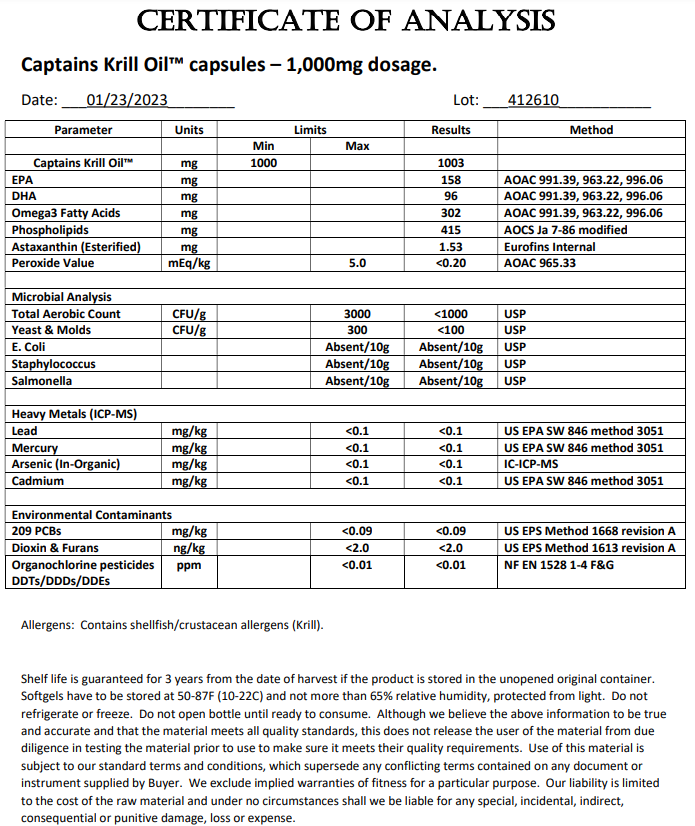